Shop Our "Skin LOV Glow 2013" Holiday Promo & Frolic in the Roots, Trees and Flowers: Herban Wellness Lounge with Honeysuckle Moon!!! ENJOY 20% OFF ALL WELLNESS GIFT CERTIFICATES!!! and $10 OFF ALL OF OUR HANDCRAFTED FACIAL CARE SETS!!! HONEYSUCKLE MOON CREATES PERFECT HANDCRAFTED SPA WELLNESS GIFTS FOR KWANZAA AND CHRISTMAS HOLIDAYS!!! Shop and save $$$ now through this Sunday, December 1, 2013. Only at: www.honeysucklemoon.artfire.com http://www.artfire.com/ext/shop/product_view/7308976 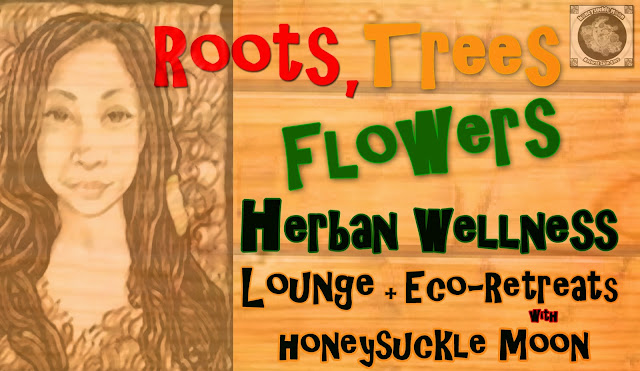 Posted by honeysuckle Moon at 9:37 AM No comments:

The onyx is a mystical stone that is a member of the chalcedony family, and is globally celebrated as a form of quartz. Since the inception of civilization, varying forms of onyx have been utilized as valuable materials for crafting tools and wares including serving bowls, canopic jars, talismans and statues of protective Divine beings in ancient Kemet (Egypt) and was, too, used for the foundation of the fifth wall of New Jerusalem. In many sacred texts, onyx is referenced as a protective tool, as well as, a stone that symbolizes honor, courage, luck, wealth, good health and fertility for humankind. Sardonyx , a reddish-brown variation of onyx, was placed upon the shoulders of high priests to signify their spiritual responsibility and roles to society. It can be presumed that this form of onyx was believed to provide a level of protection to the high priests during phases of prayer as a physical form of armor. By placing each of the names of the 12 Tribes of Israel upon the stone’s faces, Aaron of the Bible and all of the high priests who wore them would be granted mercy and the grace of God. Onyx is the stone which creates the stairway to Heaven: This is my presiding thought as I focus on the history of onyx as a draping for the anointed. Because onyx is given the task of representing so many attributes of the Human Spirit, it is easy to sense its value. It is the stone that purifies, protects and stabilizes the mind of business. Sardonyx affirms the goodness of marriage and sacred union. This stone may, very well, be the earth’s most exceptional geological symbol of spiritual prosperity. What many commonly know as onyx, the enviable black stone with veins of ivory, as it is often commercially marketed, is merely a variation of the element. While shades of red, brown, black and green onyx have been dually employed and revered for many life functions for multitudes around the globe including Native American people, it is still the black onyx which holds the utmost reputation of spiritual prominence. This form of onyx was popularized during the Victorian Era as a cue from their Queen as she fashioned the stone as signification of her forty-year era of mourning her husband. And so began the integration of onyx into the fashion industry as an essential accessory for funerary services… Cameo brooches began to make their way as a creative variation of carving onyx. Since, the black onyx has positioned itself as a durable element that has remained within the closets and jewelry boxes of the fashionably familiar. Aside from the aesthetic value, it is cited as a gift of the Gods as Greek philosophers wove the enchanting tale that onyx was formed from the nail clippings of the Goddess Venus as they fell to the bottom of her resting river, courtesy of her manicurist, Cupid. In taking each of the attributes of the onyx stone into account, it is easy to see that its value is so much more than monetary. The onyx holds a relentlessly timeless measure of value to cultures and schools of thought across our ever-evolving earth. 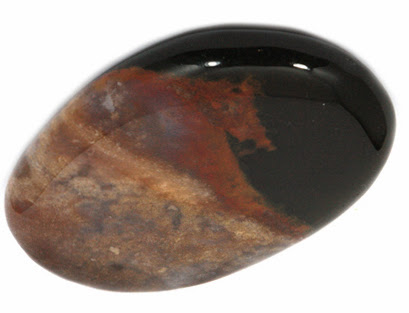 Posted by honeysuckle Moon at 12:19 AM No comments: